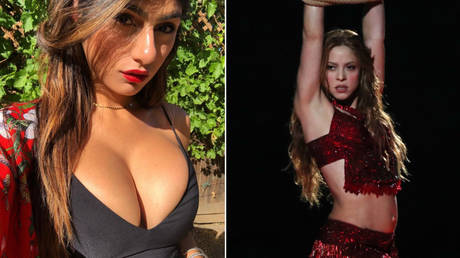 Mia Khalifa has called out Shakira for her silence in the aftermath of the Beirut explosion. The former adult actress has accused the singer of forsaking her Lebanese ancestry in the country’s hour of need.

Khalifa, who was born in Beirut, has been extremely vocal about the situation in Lebanon in the aftermath of the deadly explosion that left 171 people dead and more than 1,500 others injured.

While Shakira has donated money to humanitarian relief efforts in Lebanon, the ex-porn star says the musician has let Beirut down by not speaking about the suffering of people in the city.“You’re half Lebanese and take your family on vacations there, but have remained silent this entire time they’ve needed your world influence most?” the 27-year-old wrote in an Instagram post.“Not even your money, just your voice to raise awareness and help people understand the gravity of this tragedy,” she added. The story update included a screengrab of Shakira’s Instagram page, which has nearly 68 million followers.The Colombian star’s paternal grandparents were immigrants from Lebanon to the United States. Her father then emigrated to Colombia at a young age. Shakira has been quite vocal about embracing her Middle Eastern family background, even paying homage to her Lebanese roots during her famous (or infamous) performance with Jennifer Lopez during the Super Bowl half-time show earlier this year.