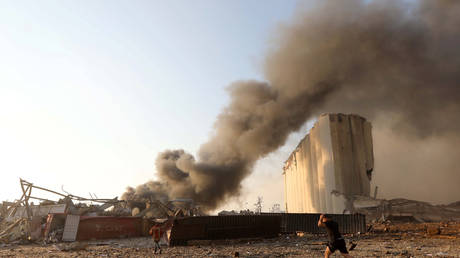 The secretary-general of Lebanon’s Christian Kataeb Party, or Phalange, Nizar Najarian has been killed in a powerful explosion in Beirut. Nearly a dozen more people are reported dead and hundreds injured.

Two explosions rocked the Lebanese capital on Tuesday evening, killing at least 10 people and injuring hundreds more, according to local officials and the Red Cross. The blast wave damaged buildings all across the city and left the streets a rubble-strewn disaster scene.